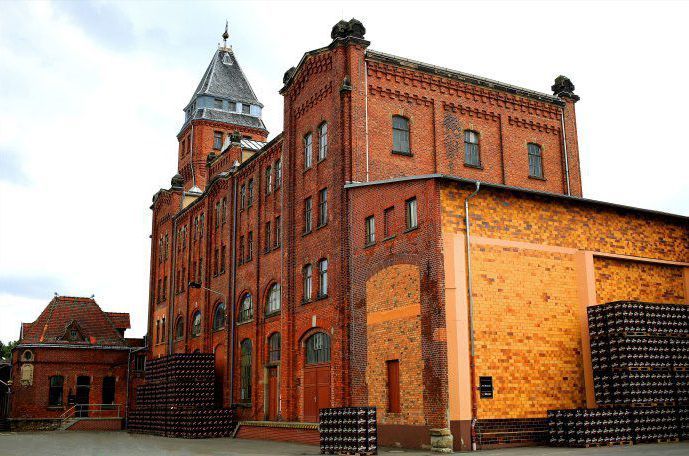 The Germans claimed to be a lying on beer kegs nation, beer is a part of their lives, and is the Germans favorite leisure activity. They not only can drink beer during meals but also may drink beer anytime and anywhere.

There is no doubt that Germany is a world famous beer country, Germany has a history of producing wines going back to Roman times, and is the oldest wine-production region of the global, It is on this land that Germany has long history and rich beer cultural traditions.

The more beer we drink, the more stories about beer we listen, we want to find out more about it, so we make a special trip to a brewery located between Berlin and Dresden. 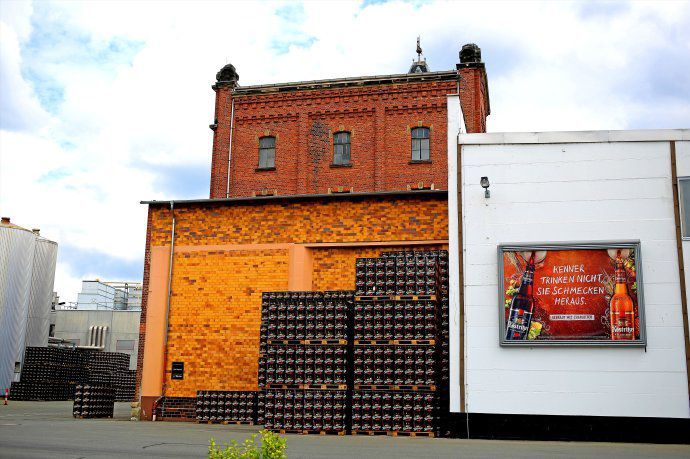 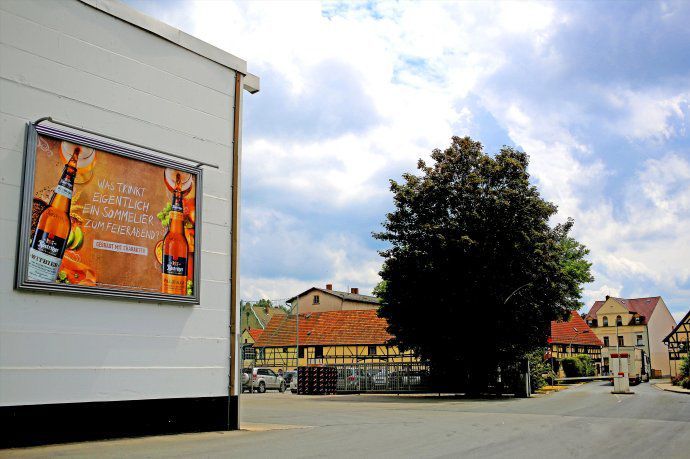 The brewery belongs to Kostritzer company, main production dark beer and light beer, among them, Kostritzer dark beer has become the best-selling dark beer in Germany. 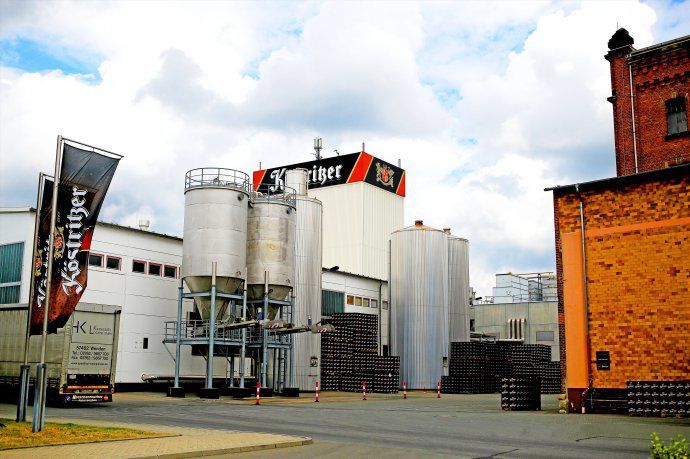 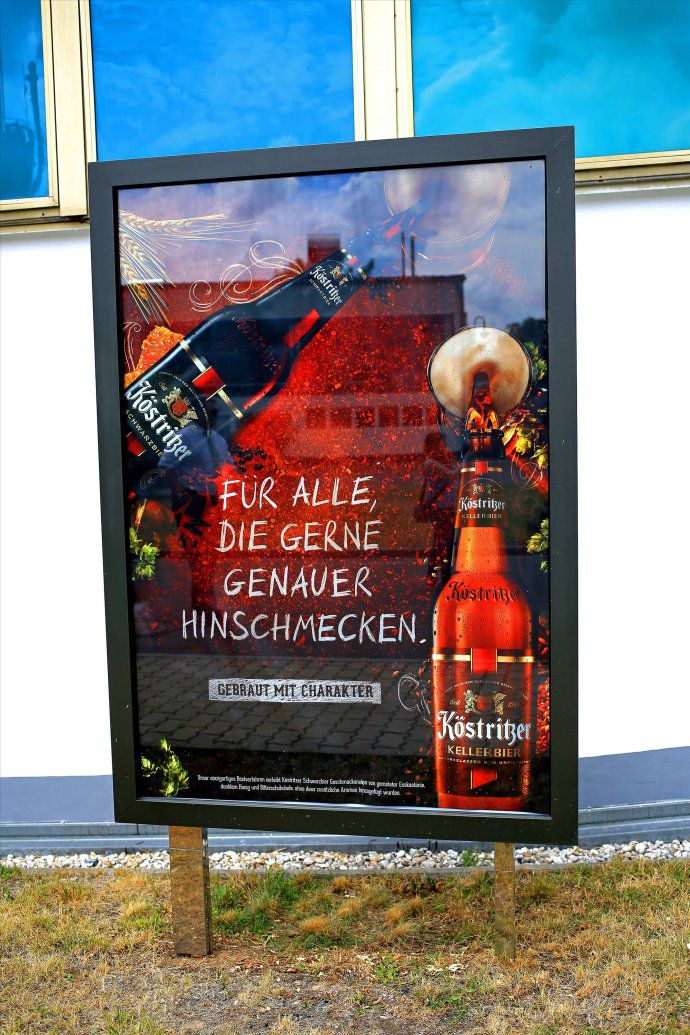 Probably very few persons like us visit the brewery so that the President of the brewery himself come out and warmly greet us. He recounts the story of beer for us as he shows us around the brewery. 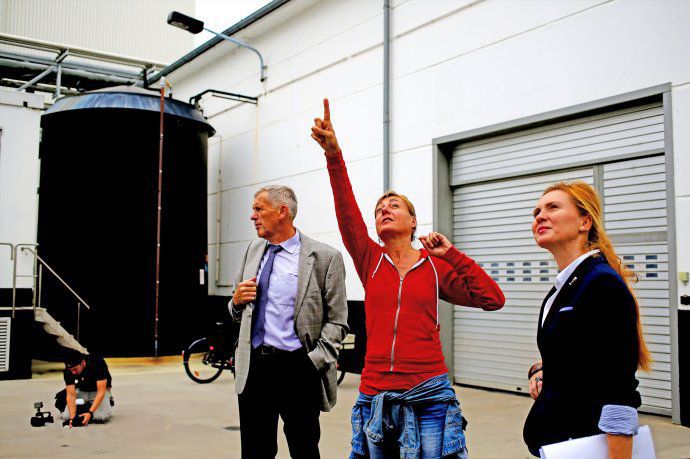 About 460 years ago, Kostritzer company began to brew dark beer, the special flavor dark beer was made from fine malts and a light smell hops. Throughout the past several generations, Kostritzer dark beer stood out from numerous beer brands, and became the best selling dark beer in Germany.

Kostritzer company now has first-class production line, they make strict checks to every aspect of production, to this day, Kostritzer beer is made in the spirit of the German beer Purity Laws, it not only has a chocolate smell of malt and hops but also has soft taste and long aftertaste with appealing aroma. 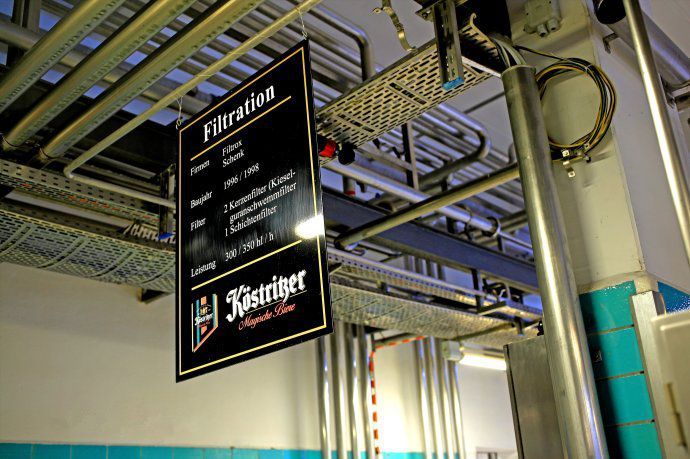 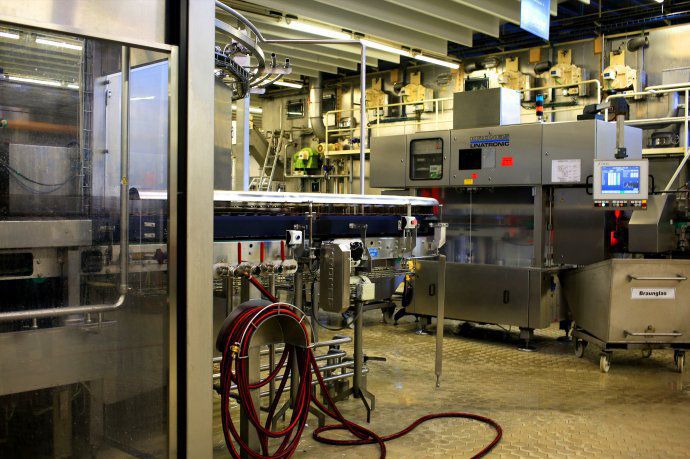 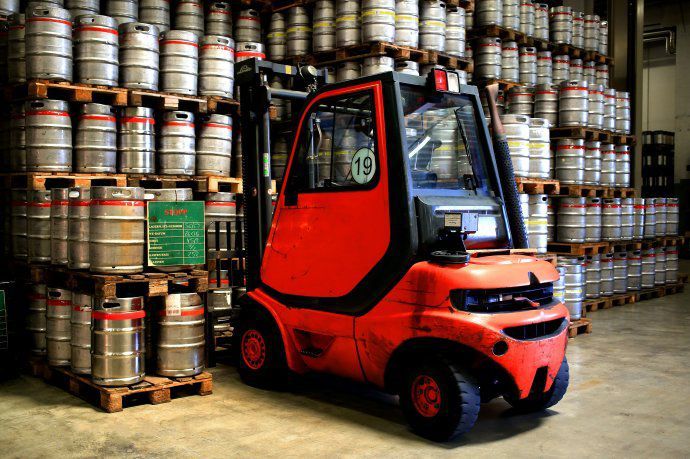 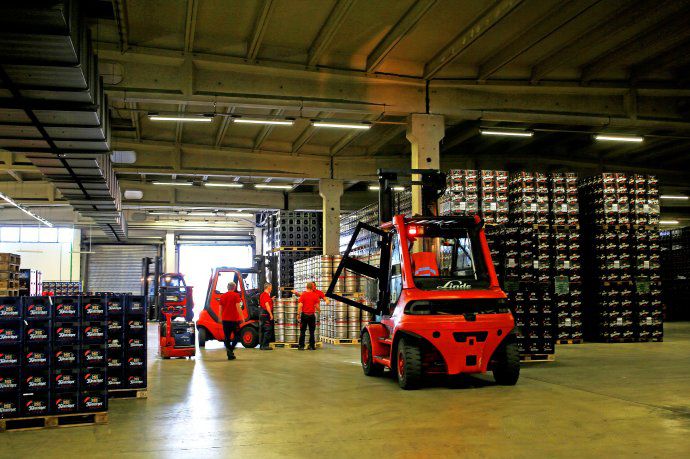 Because of adopting the automated operation there were so few workers in the brewery, the huge brewery is empty, the beer crates piled high are a splendid sight. 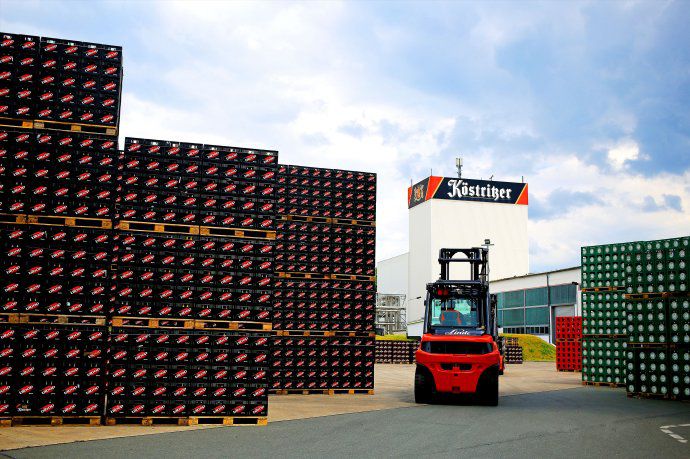 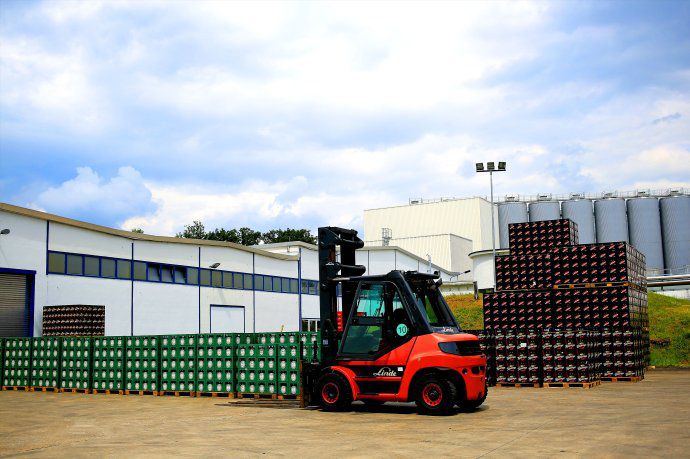 Compared with our common light beer, dark beer has more abundant nutrition components, besides containing a certain amount of low molecular sugar and amino acid, also contains vitamin C, vitamin H, vitamin G and so on. The amino acid concentration in Kostritzer dark beer are also 3 to 4 times higher than other beers, it is high in calories, so Kostritzer dark beer has a reputation for dark milk. The newly manufactured beer has the richest, most satisfying taste. 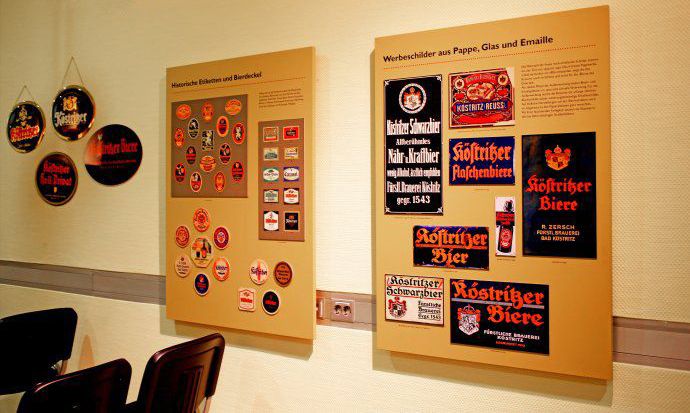 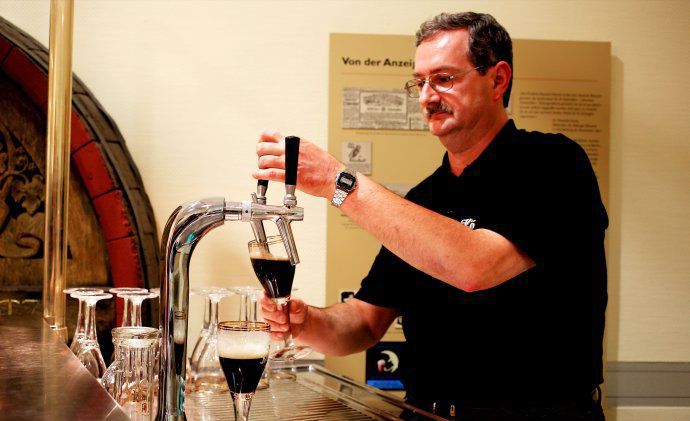 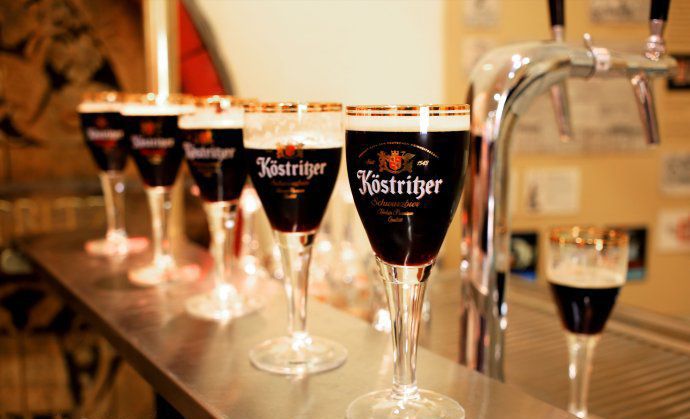 The series of drawings on the walls shows us the most primitive and traditional beer brewing methods, now the brewing technology has also been improved a lot, but the key steps basically follow the original techniques. 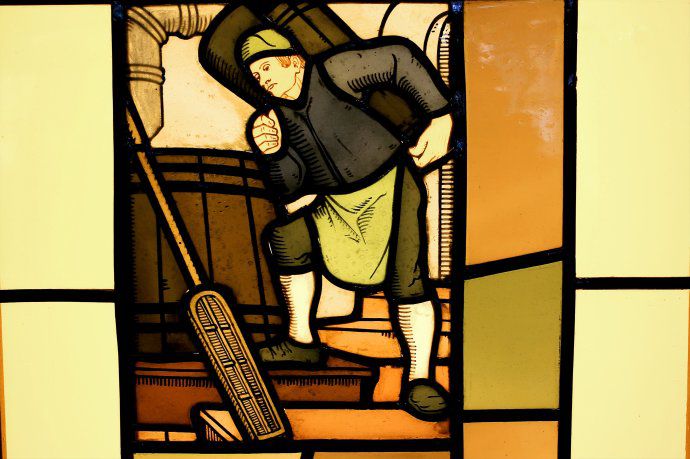 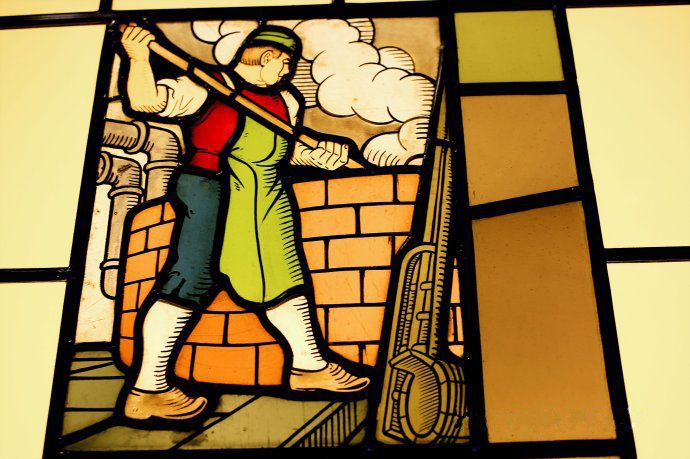 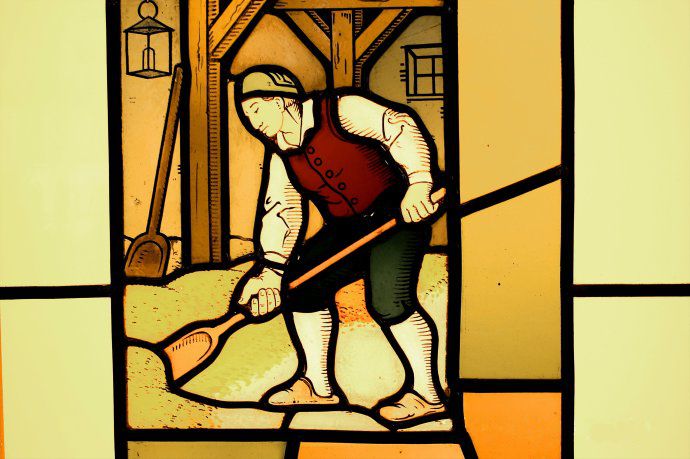 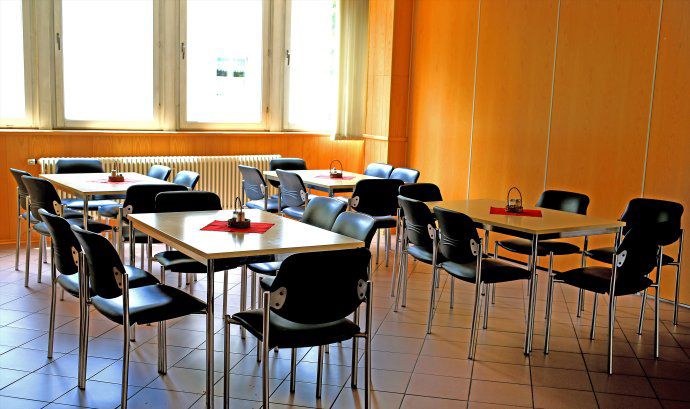 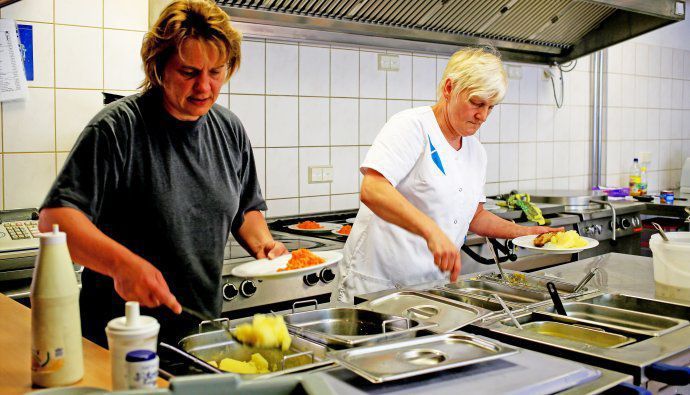 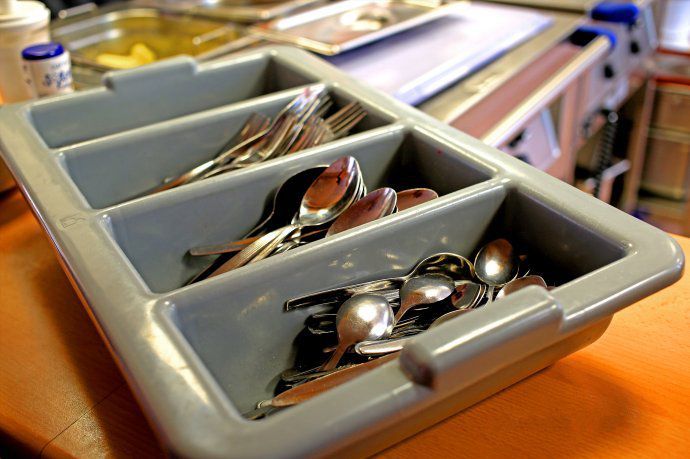 Sausage, potatoes, sauerkraut and bread, the most homely German food, of course, and some beer. 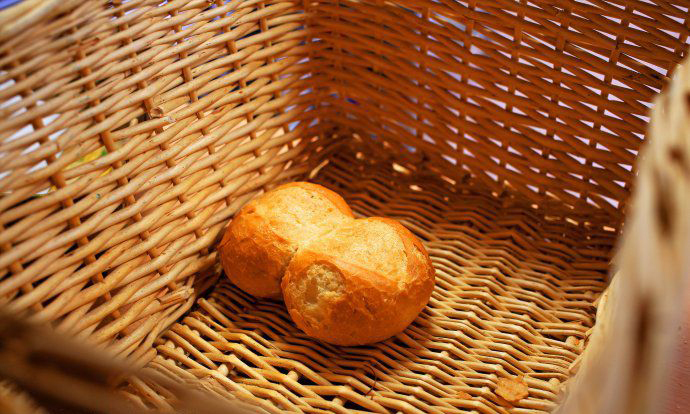 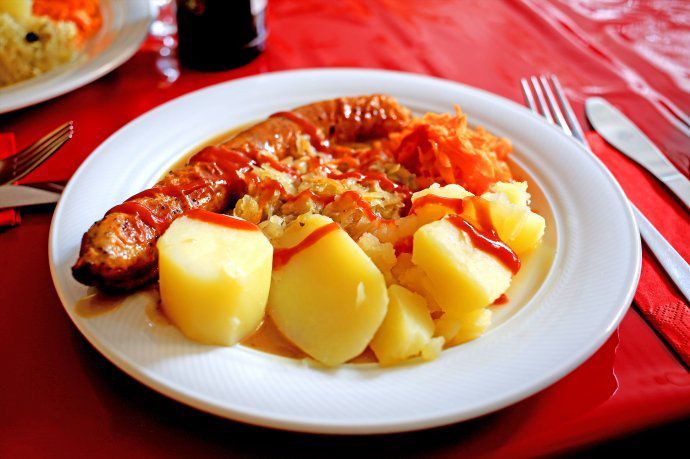