Tokyo: the most popular Beer Museum 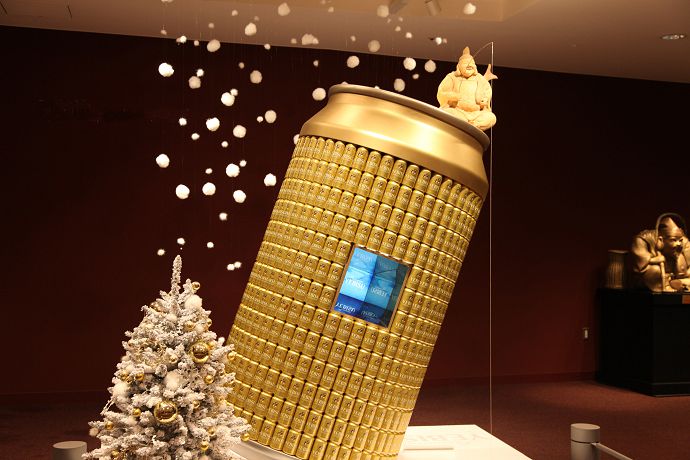 Tokyo: the most popular Beer Museum

Today Yebisu is also a fashionable area in Tokyo, the former site of Yebisu brewery has been converted into Yebisu Garden Plaza, where is full of business atmosphere. Grand hotels, department stores, cinemas, assembly halls and so on, from soup to nuts, so Yebisu Garden Plaza is usually used as a filming site. The day we went happened to be the afternoon, Yebisu looked much more charming in the brilliant light. 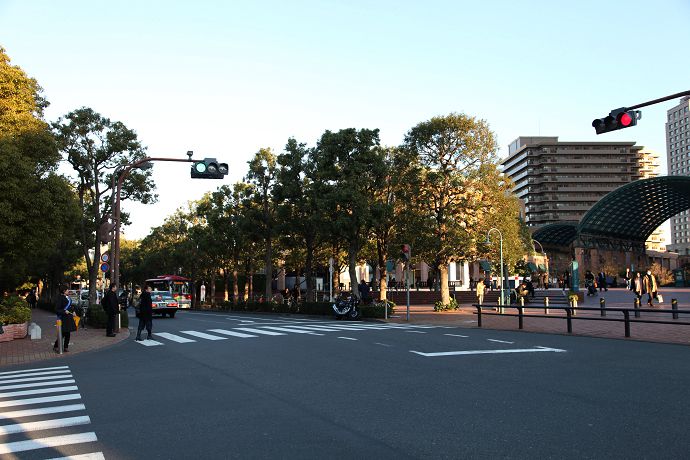 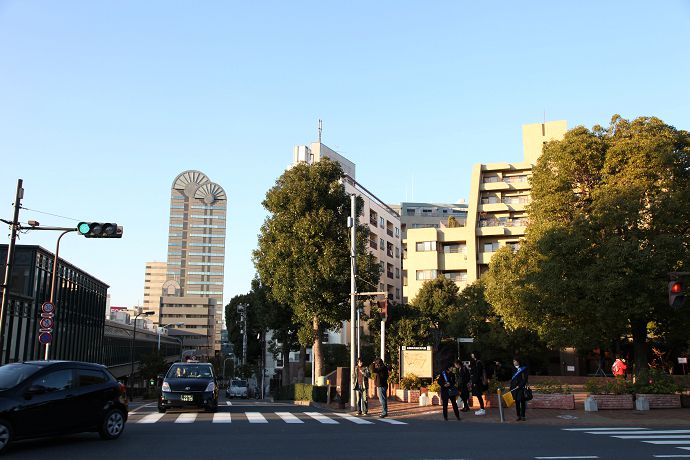 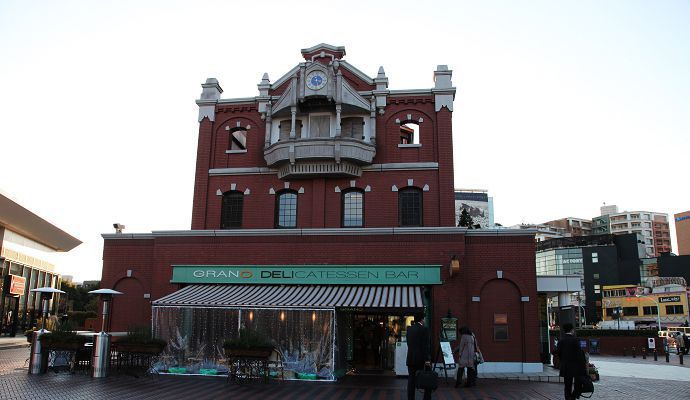 Our aim was to visit Yebisu Beer Museum. The museum was founded by Yebisu brewing company. Described is the development history of Yebisu beer. 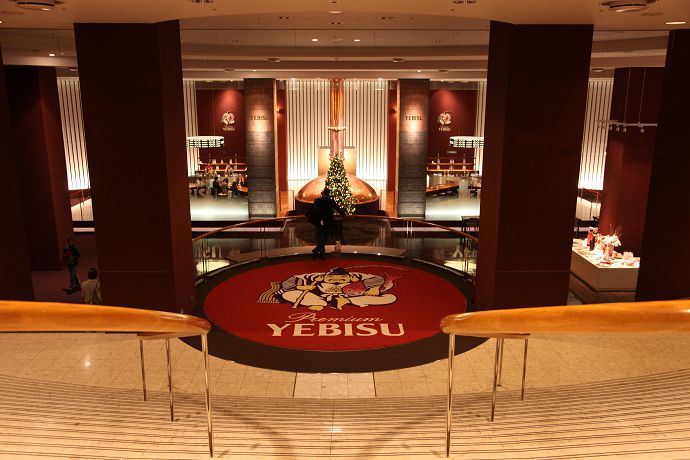 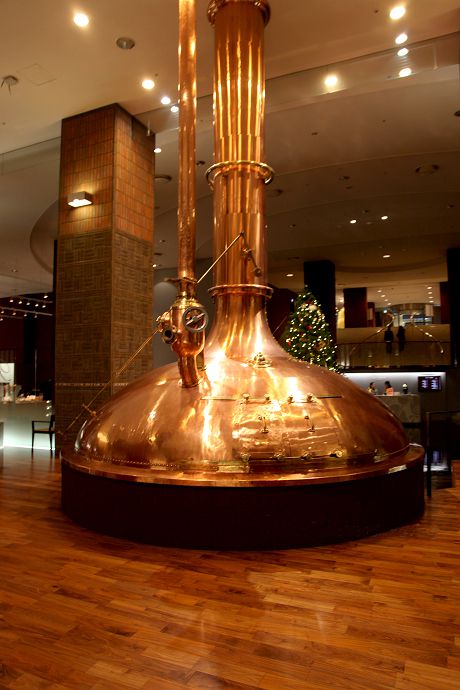 The giant beer jar model is all made of a lot of small beer jar, it is spectacular.

These are some clay sculptures, which is a symbol of God in the traditional Japanese folk customs. Yebisu is the god of wealth. 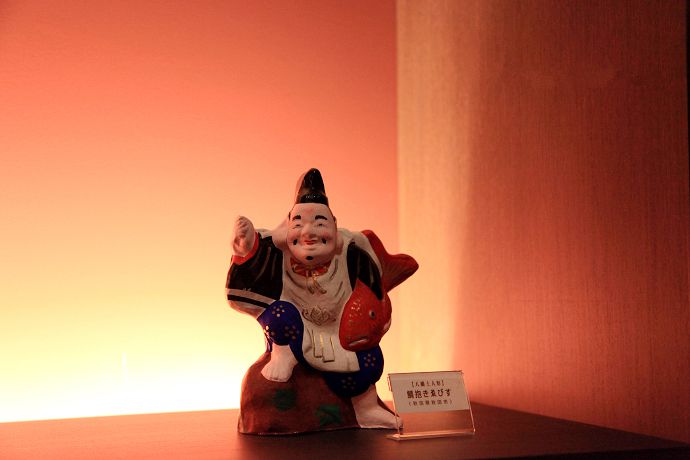 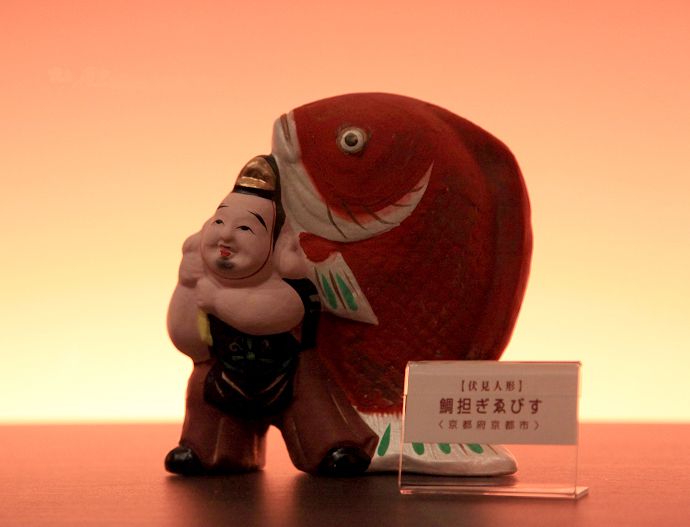 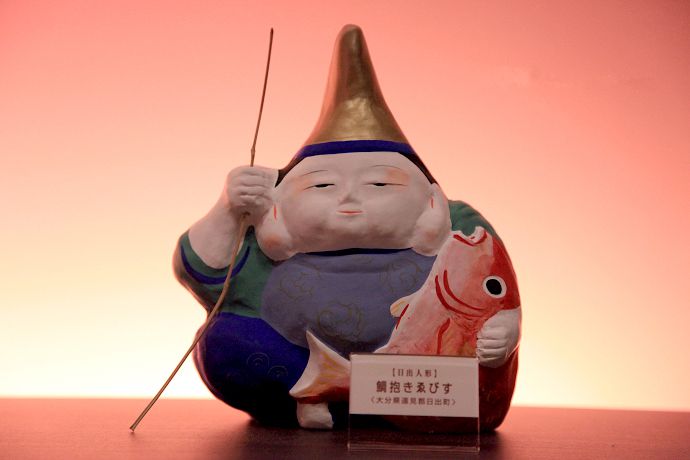 Entering the museum hall, because without Chinese speaking guide, we took a look at the exhibits on display at the museum, some of the exhibits was very well done. This is a jar used for keeping beer fresh long ago, it is so cute. 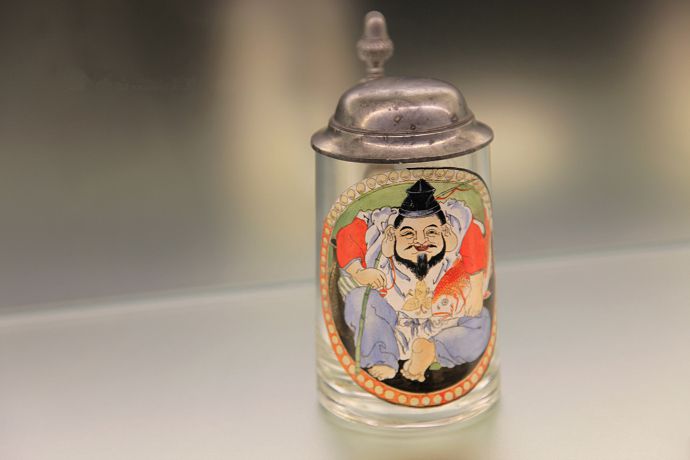 A variety of beer packaging. 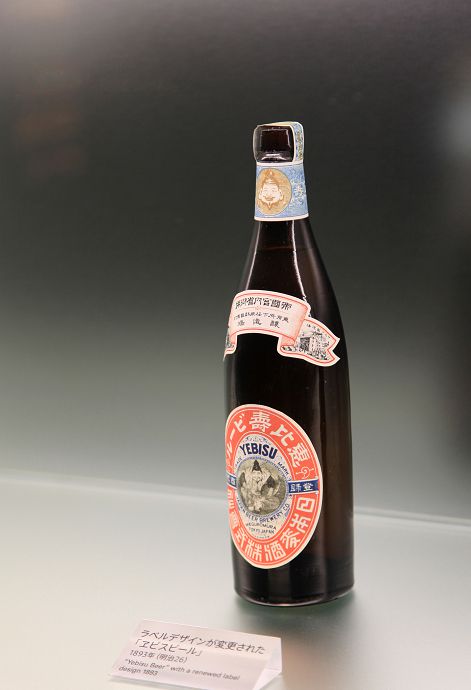 Some appetizers with liquor are also very lifelike. 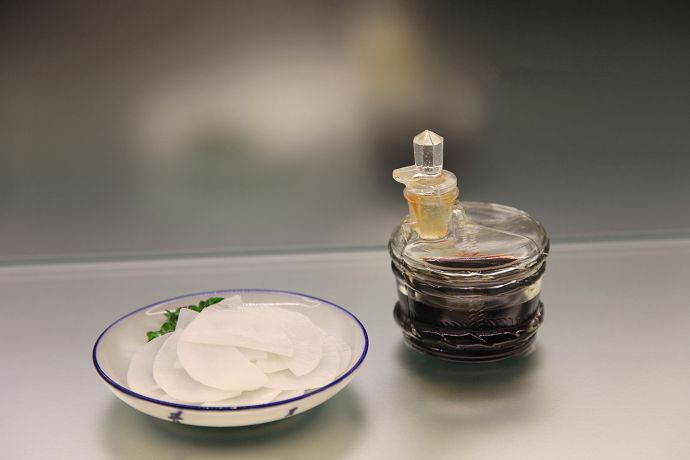 A plate of shrimps and a plate of pickles can scarcely be distinguished from real side dish. 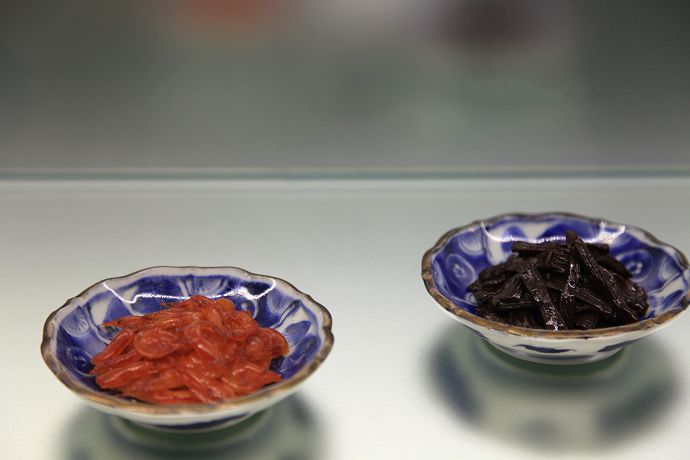 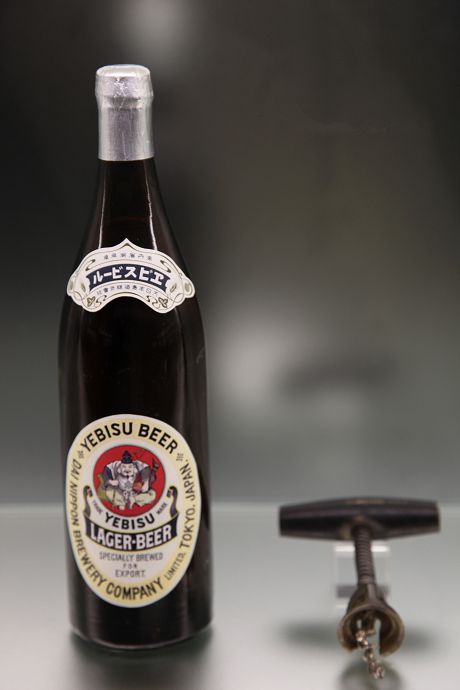 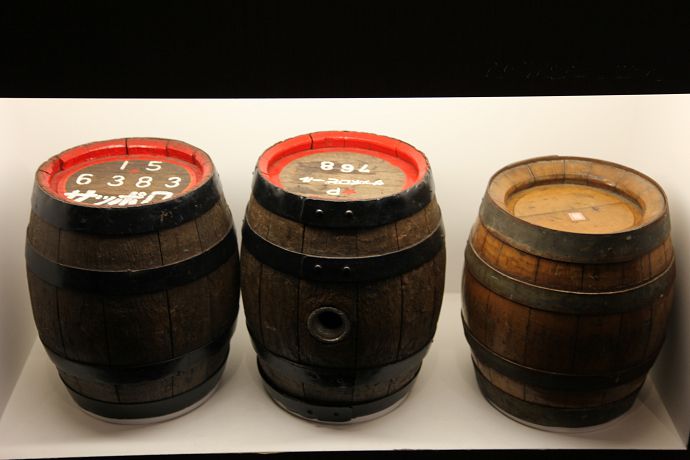 There  are also souvenirs, the wheat pattern mean beer being made out of malt, there is another wine jar pattern. 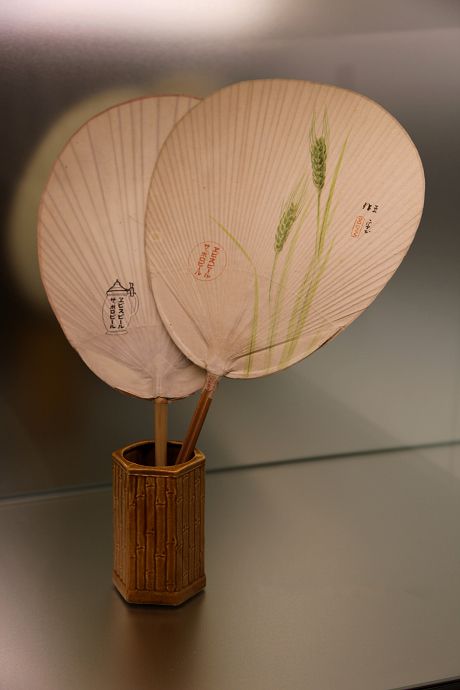 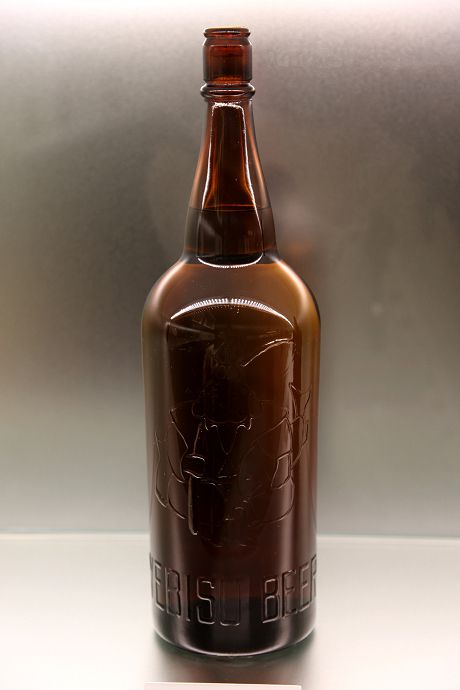 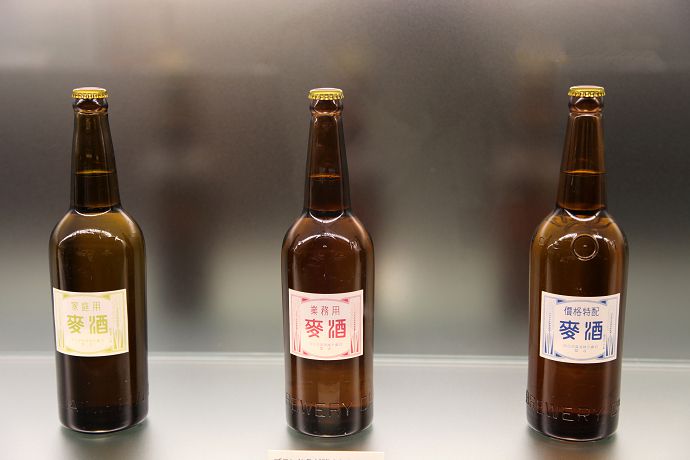 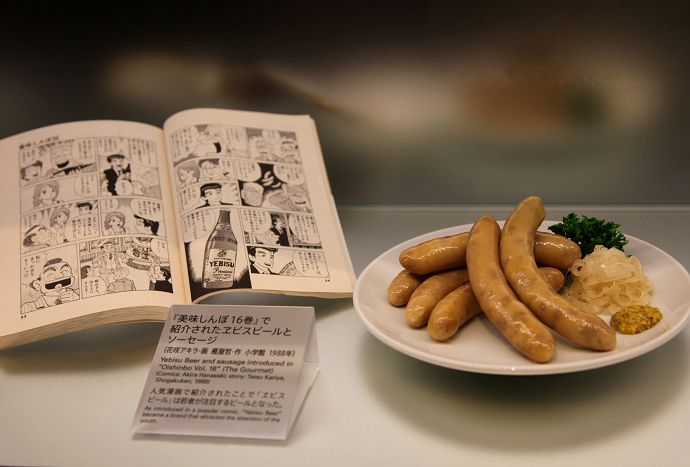 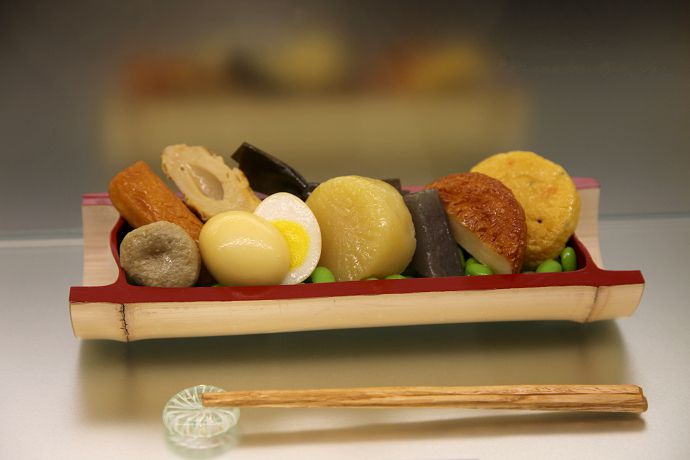 This picture is special, the women portrayed in the painting are not like Japanese women, they are just like Chinese women. 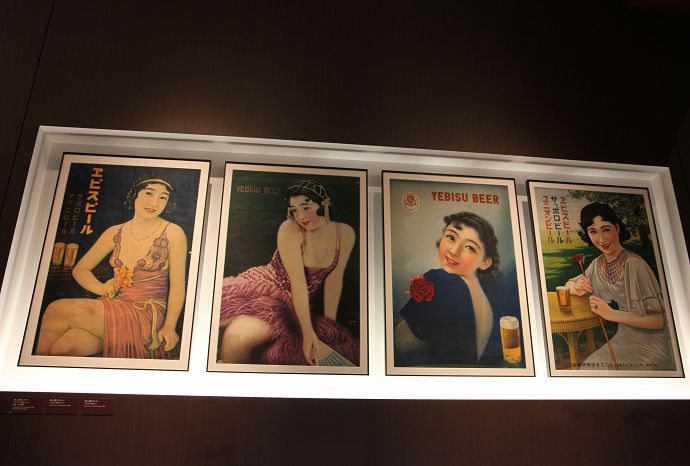 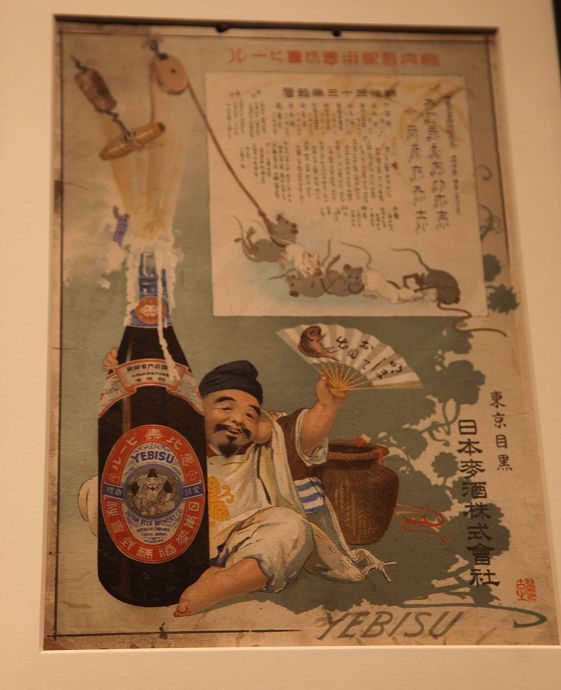 After visiting the museum, visitors are able to enjoy drinking the beer here, this is a special tasting area, every tourist can drink two cups of beer, although the beer is free, but having bought that ticket, so it is not free. 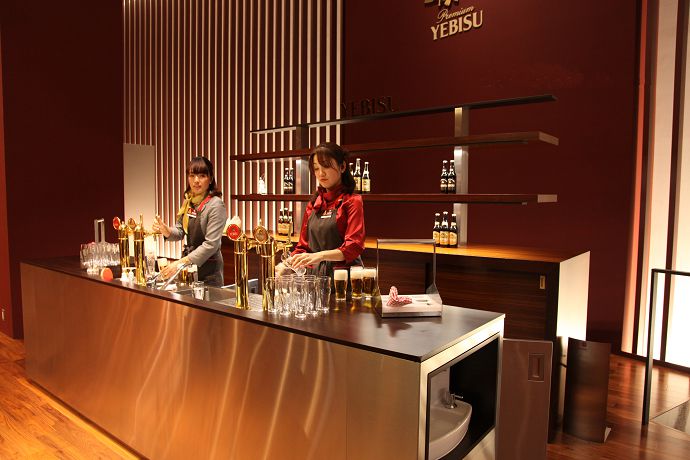 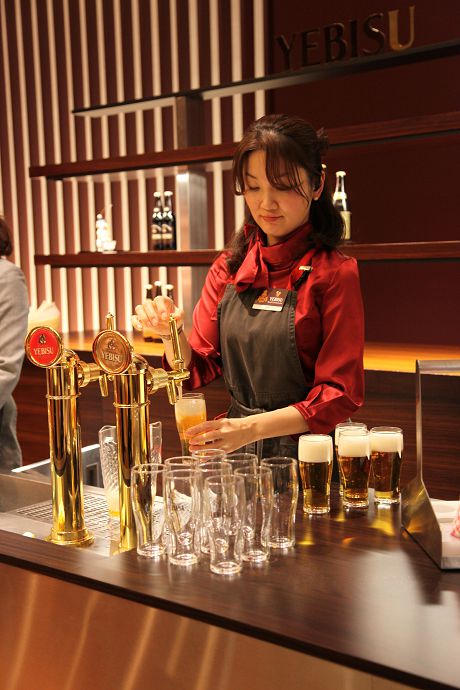 The narrator showed us how to pour a beer, she was professional for us. Listening to some knowledge introduction of drinking beer, do you know what is the best combination when drinking beer? Three kinds of food selected by people in Japan are Bean fruit, Sausage and chips. 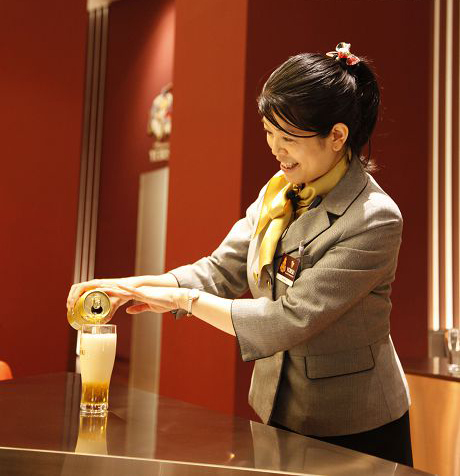 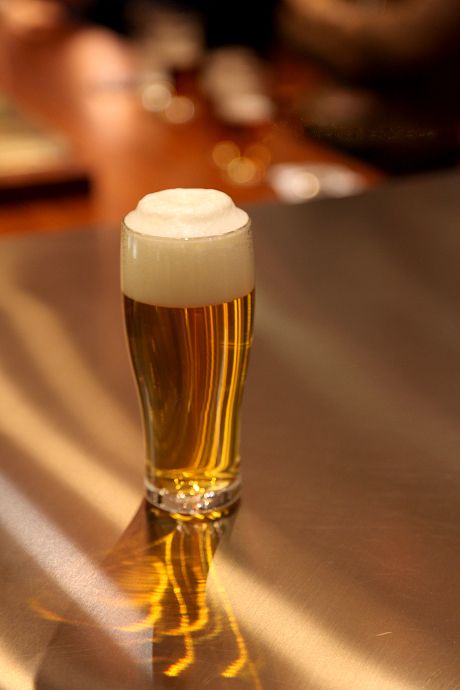 Alongside tasting area, there is a restaurant to eat and have a drink. 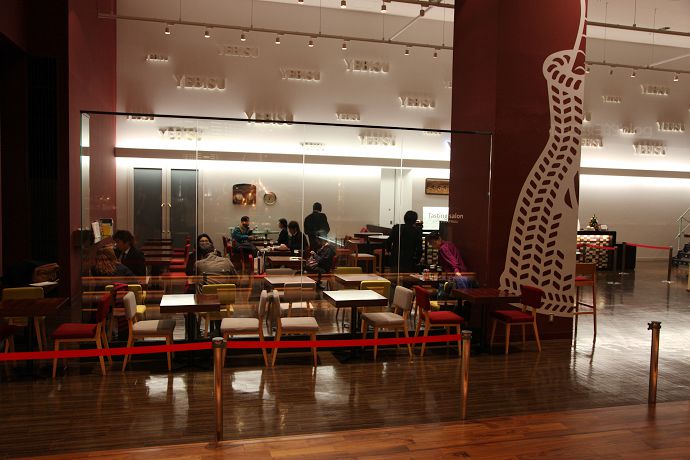 This is a souvenir shop selling some snack foods with liquor. 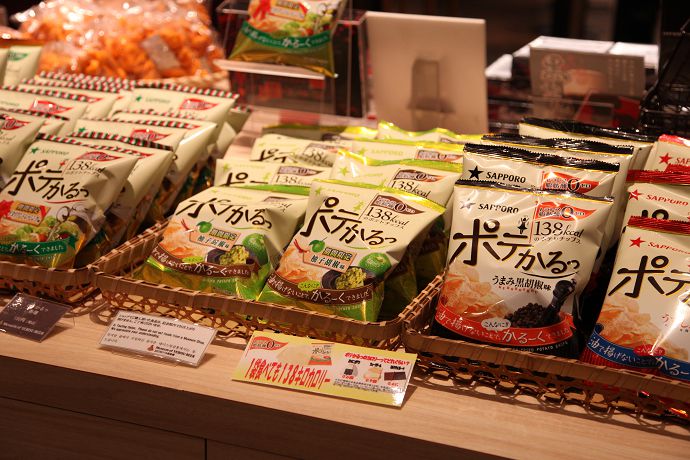