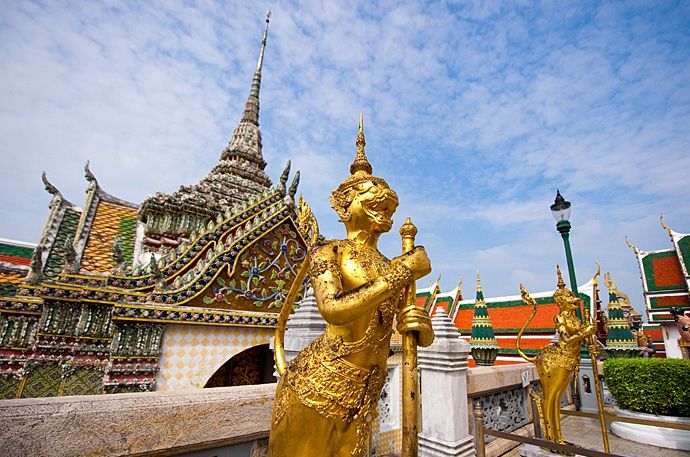 Thai Grand Palace is the biggest palace of Thailand’s royal family and is a dazzling display of what is best in the architecture, decoration, sculpture and painting of Thailand. Located on the east coast of Menam River, Thai Grand Palace started to be built in 1782, these complex buildings were once home to the Thai King Rama V, and are now used for grand ceremonial purposes. Thai Grand Palace is normally open to the public, and become one of the most famous attractions in Thailand. 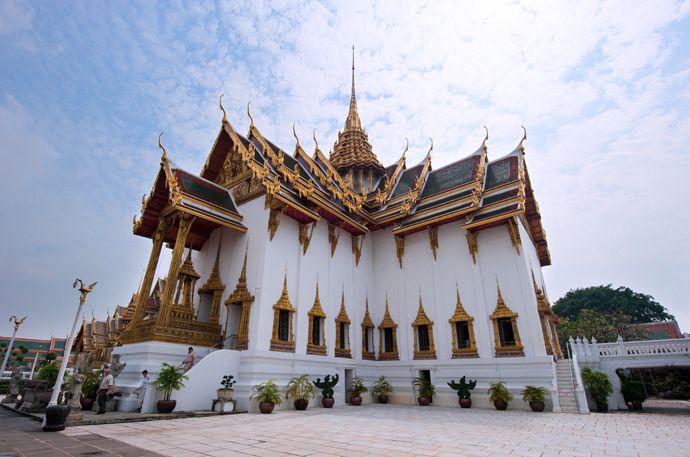 Temple of the Emerald Buddha inside the royal palace is the most sacred temple in Thailand and is where the kings of each dynasty and the royal families held birthday celebrations and coronation ceremonies. 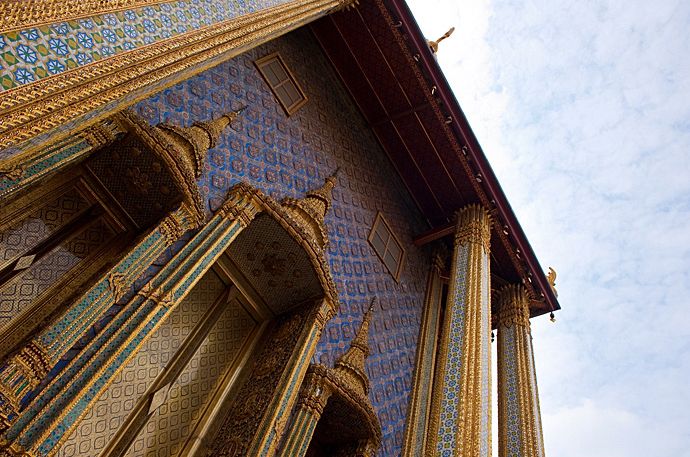 Thai Grand Palace is like a city within a city in the fairy tale world, the city of golden armor, everywhere is a golden Buddhist building. 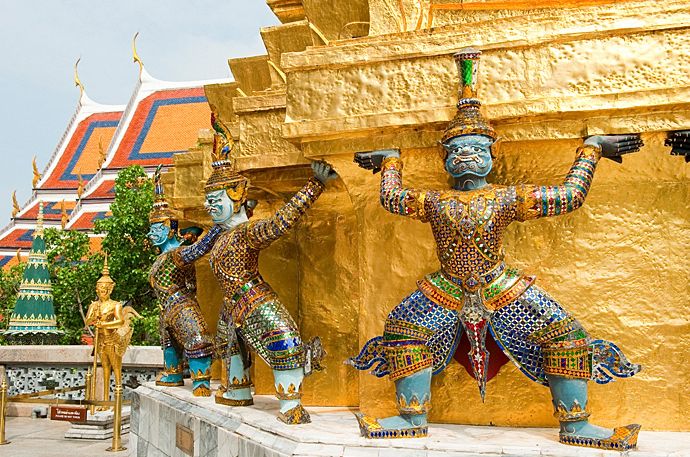 The Patronus in various states 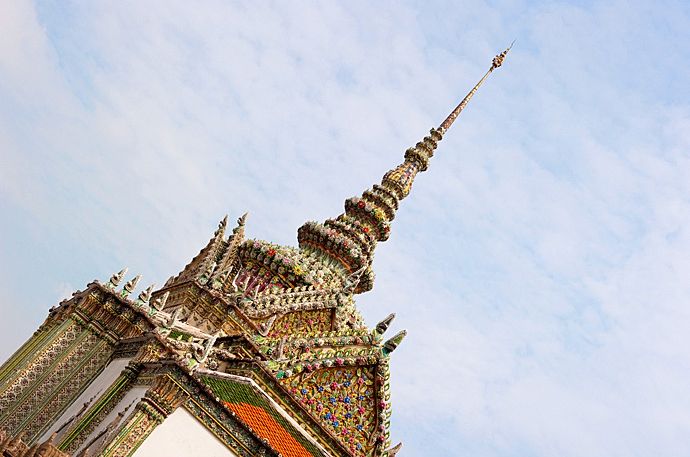 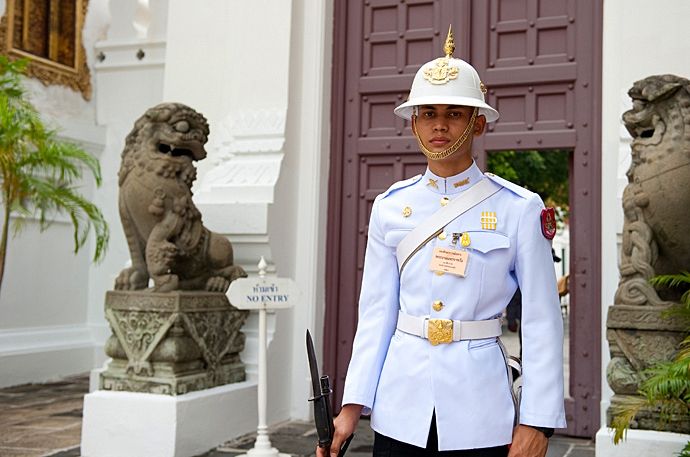 Only separated by a wall with Thai Grand Palace is the office area of the king, a handsome guard at the gate. 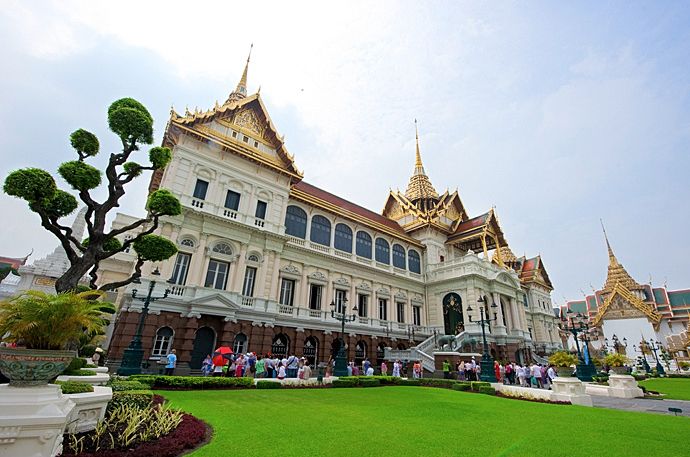 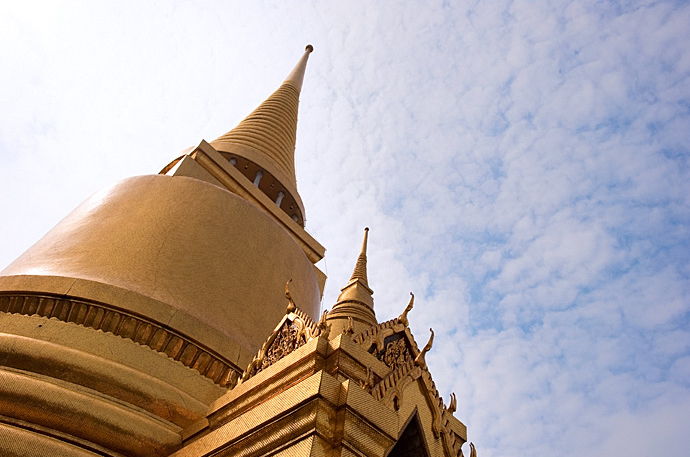 The towering pagodas pinnacles are exquisite carved and dazzlingly brilliant in the sunlight. 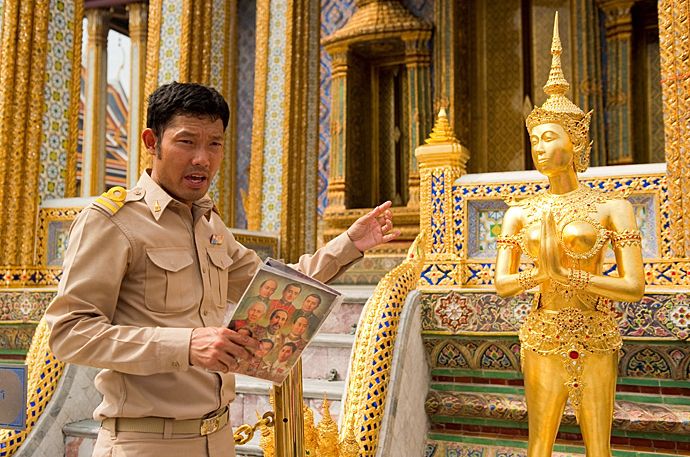 A local tour guide is introducing the public to Thai Grand Palace. 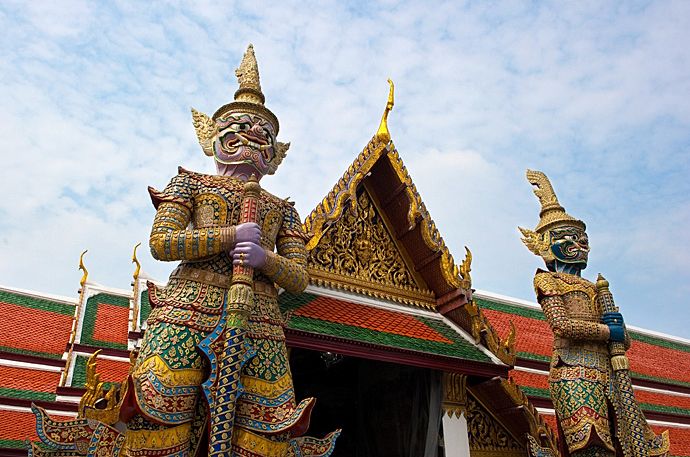 The statues of the patron saints have different expressions. 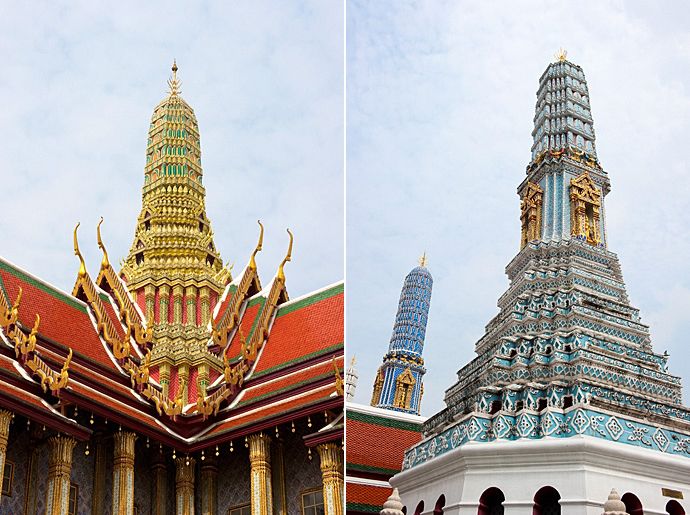 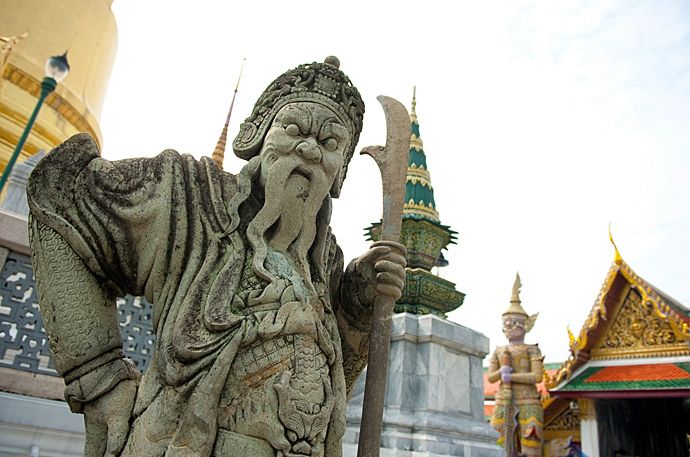 We can see lots of stone statues inside the palace, it was said that the businessmen who transported the goods from China to Thailand bought many statues in order to keep away evil spirits and subdue wind wave. These statues are of exquisite workmanship, the king of Thailand of the day who was influenced by Chinese traditional culture liked Chinese art and bought these statues, but he didn’t understand the origin of these statues, these statues kept in the palace, these stately statues together with the patron saints, undertake the task of protecting The Grand Palace. 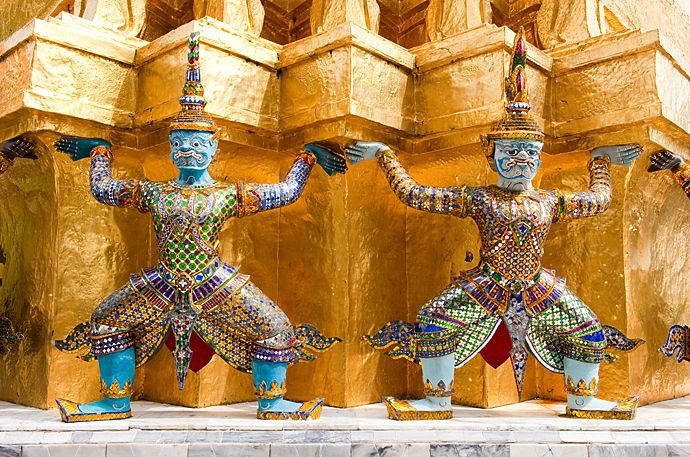 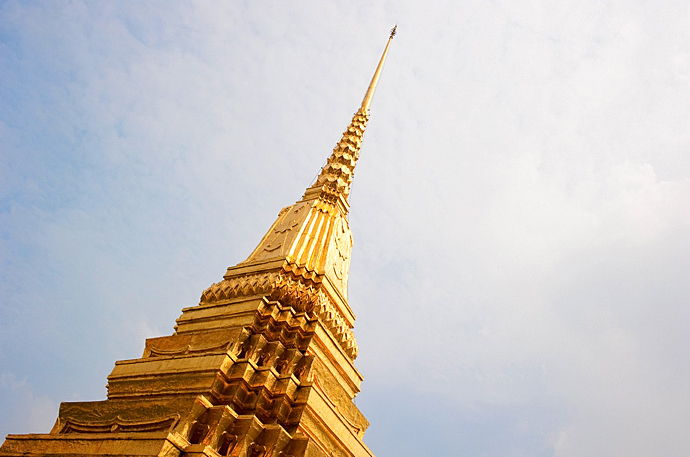 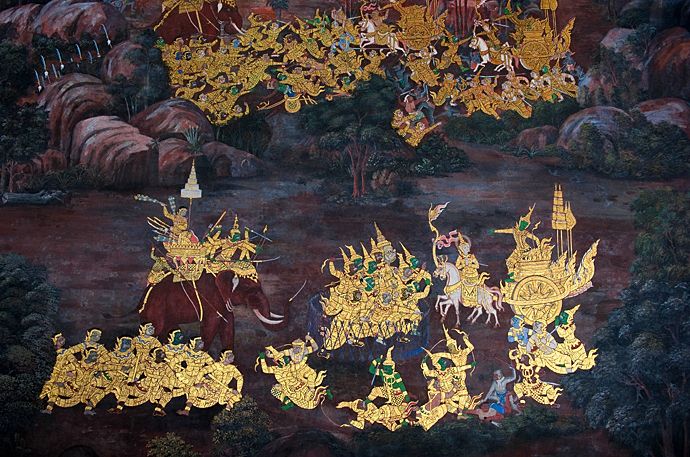 The old fresco on the wall of the palace 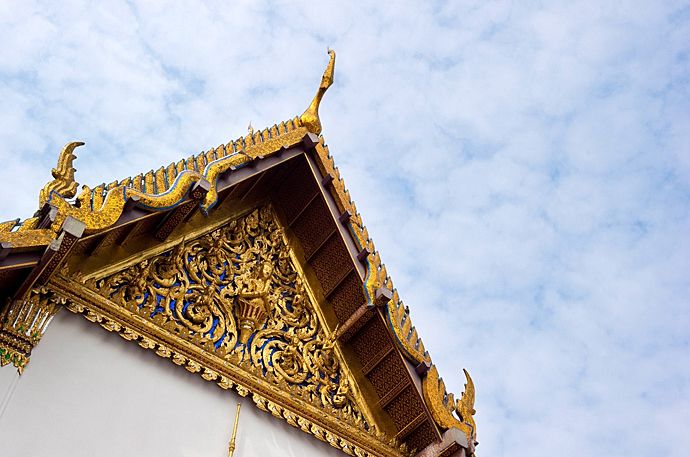 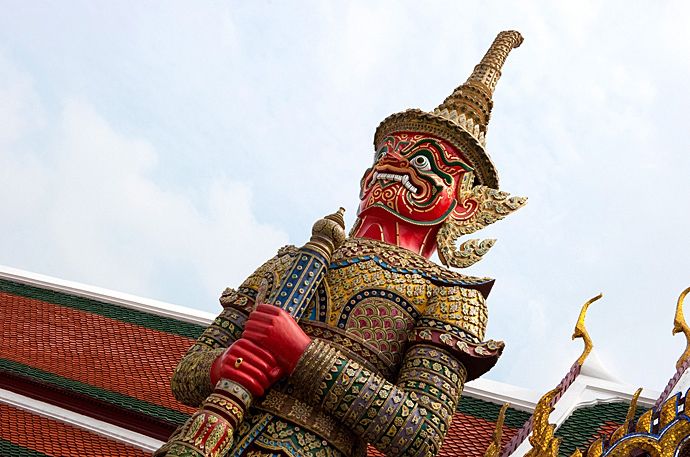 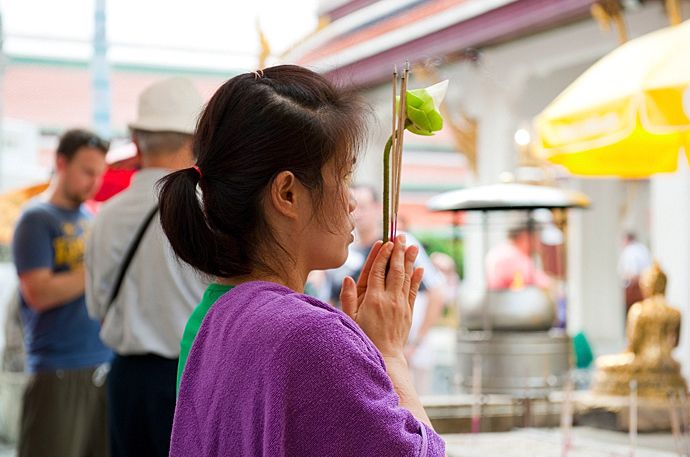 She is a devout Buddhist. 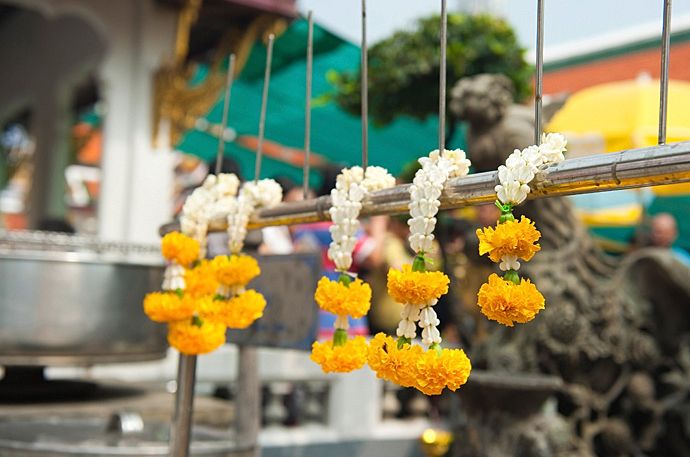 Thai pray in Buddhist temples and usually use a bunch of flowers. 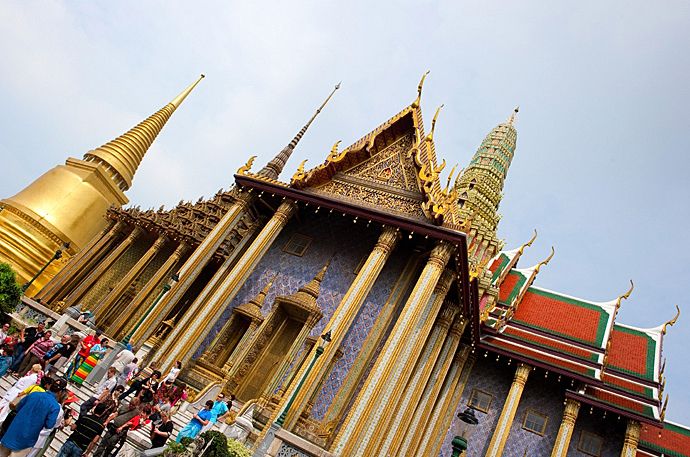 Foreign tourists come to visit in an endless stream every year. 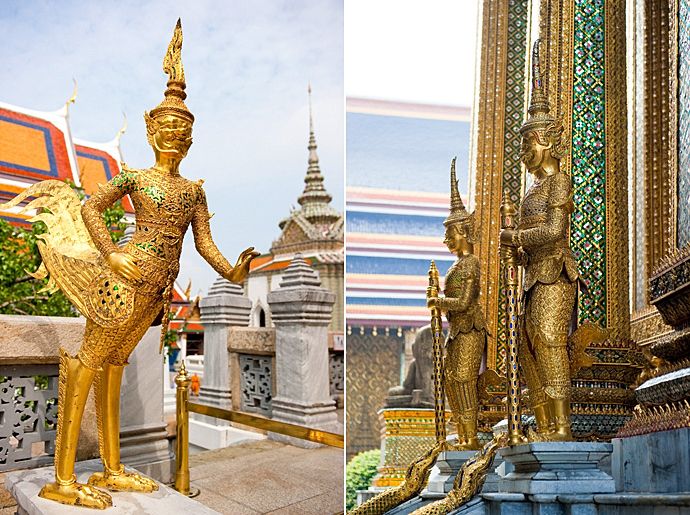 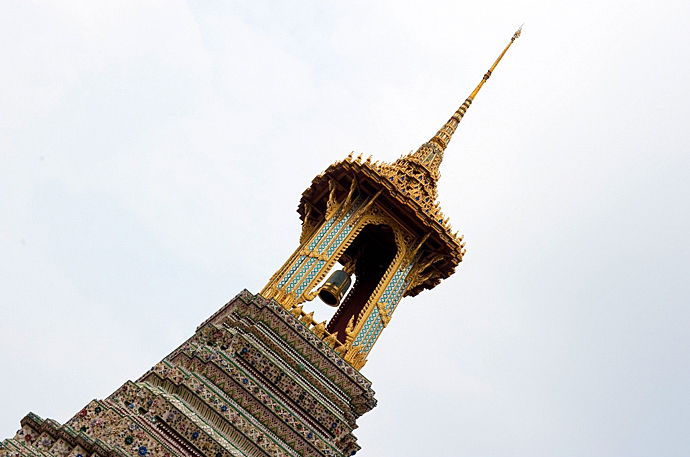 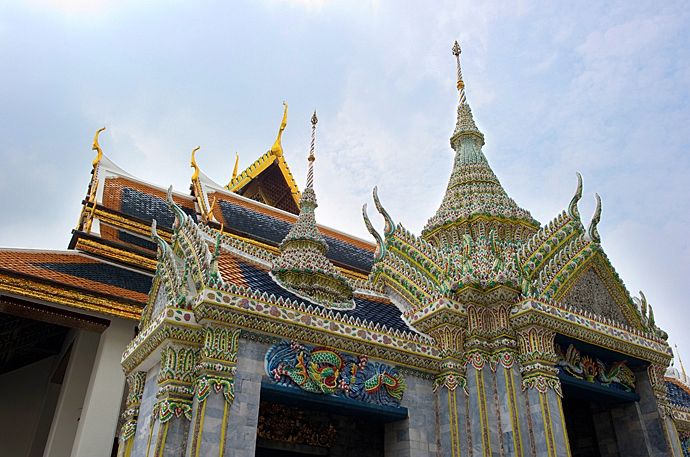 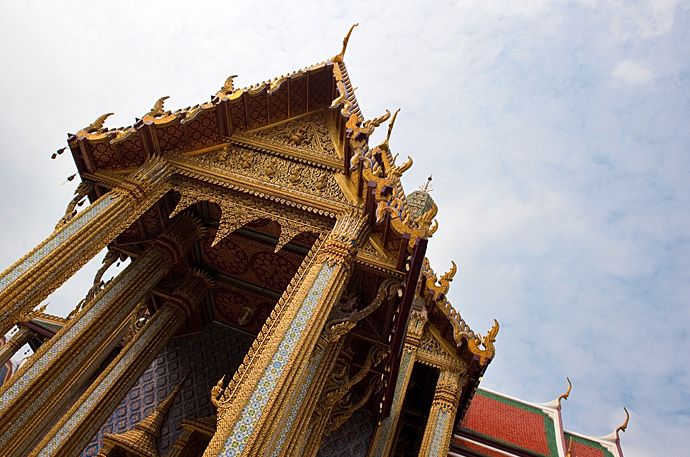 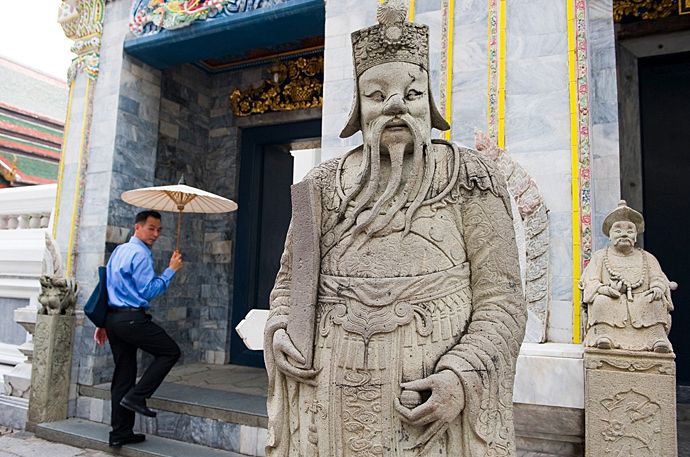 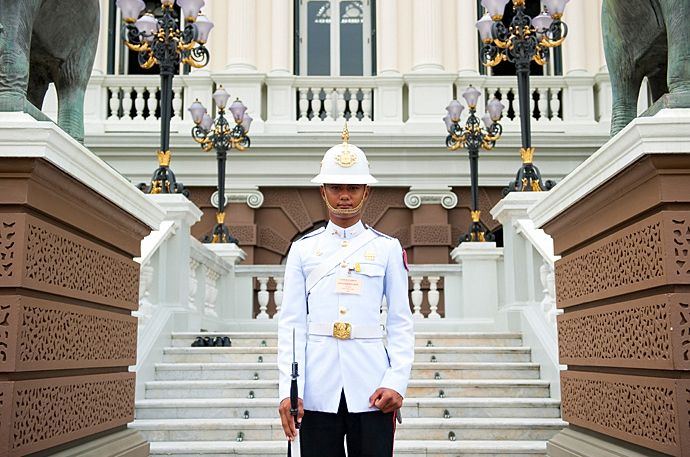 The guard is swarthy from the sun. 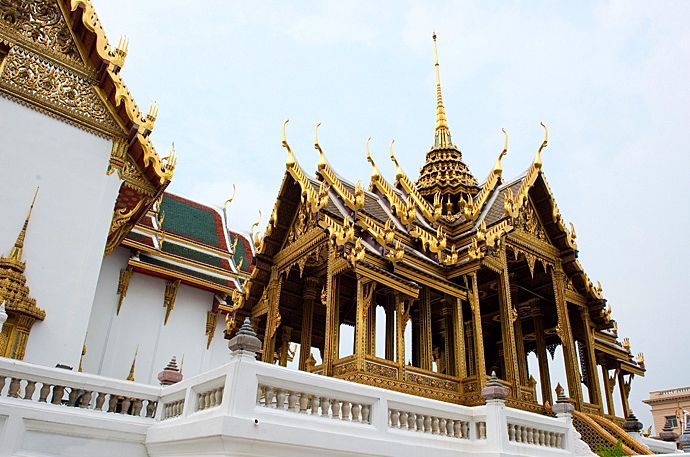 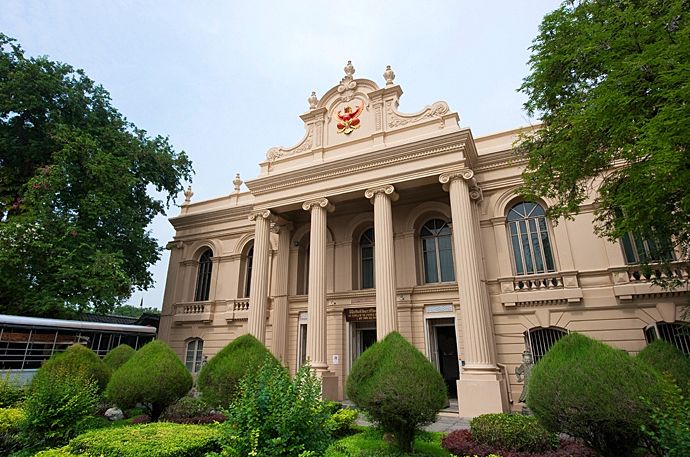 The mouthwatering snacks on the streets of Bangkok in Thailand
The elephants are making their living by their performance
Phi Phi Island in Thailand, the allure of a tropical-themed beautiful scenery
Look at those handsome American and European guys rock climbing in the Railay Peninsula